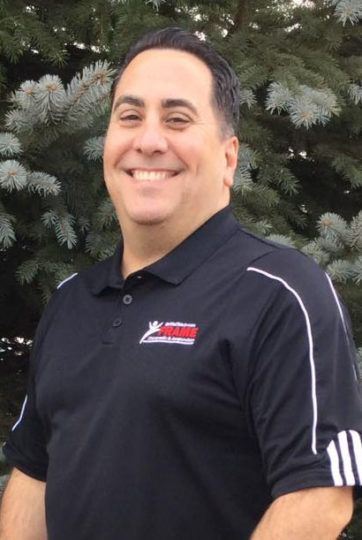 When I was about 9 years old my father hurt his lower back and was unable to walk due to severe pain. He was told he would need surgery and was given a 50/50 chance of walking at that time. My father was only 29 or 30 at that time. I remember my neighbors coming over to the house and picking my father up to carry him to our station wagon as they were taking him to the chiropractor. My father was yelling I’m not going to no witch doctor no quacker practer etc…

That evening my father came home and was standing although, in pain, it took about six weeks or so of chiropractic care and my father was able to return to work and to this day he has not had surgery for his lower back issues he is now 76 years old.

Shortly thereafter I started going to the chiropractor as I had mild scoliosis and was asthmatic. I was told I would have to stop playing sports due to my asthma as I would miss 30-40 days of school a year due to my condition. When I started receiving chiropractic care I stopped getting sick and stopped missing school as a result. I have not suffered a major asthma attack since getting under treatment with chiropractic. That is when I decided to become a chiropractor at the age of 10 or 11. I knew then if I could help just one person like my father and I was helped It would be the greatest reward.

I had a very successful practice from 1989 until 1999 when I suffered multiple injuries from a motorcycle accident which were initially life-threatening then caused me to be disabled from practice. I did not think I was ever going to be able to return to practice so I sold my practice in 2001.

During this period of disability, I was accepted into Law school and attended class until I was told I could try to go back to chiropractic practice in June of 2006 on a part-time basis.

I opened my office in November of 2006 under Frame Chiropractic & Acupuncture. Upon returning to practice I became interested in acupuncture as I had positive results with treatment for my ankle injuries I suffered in my motorcycle accident and choose to begin to study this treatment modality. After over 300 hours of training as well as passing national board examination I became licensed in April of 2010 in Acupuncture.

Chiropractic and Acupuncture, in my opinion, go hand in hand when it comes to treating various patient complaints. Acupuncture also offers treatment options that may not be considered a chiropractic patient ie: smoking cessation, sleep deprivation (insomnia).

My practice offers a wide range of treatment options I have on-site rehabilitation, I use the WAVE vibration therapy system, I offer the DTS spinal decompression system for cervical and lumbar spine disc conditions as well as carpal tunnel treatment. I offer on-site physiotherapy modalities such as interferential electrical muscle stimulation, ultrasound, cold laser therapy, I perform Functional Capacity Evaluations, I’m certified in Impairment rating using the AMA Guides to the Evaluation of Permanent Impairment 5th edition. I am a certified chiropractic sports physician as well as a Diplomate in acupuncture. I am the official chiropractor for the Toledo Villa FC Men’s and Women’s Semi-Professional Soccer Teams as well as an official chiropractor for the Toledo Walleye and ECHL hockey team.

I treat families of all ages, I’m certified to treat Ohio workers compensation patients (injured workers), I have advanced training in Whiplash and Brain traumatology. I treat auto accident patients as well as sports injuries. I offer nutritional advice.

I am certified to perform Manipulation under Anesthesia in which I was one of the first chiropractors in Toledo to perform and helped establish an MUA program in the Toledo area as well as I am currently training to become an instructor for the MUA program. I helped form Lake Erie MUA which is a group of physicians throughout Ohio who work together to provide the highest standards in MUA treatment for our patients. 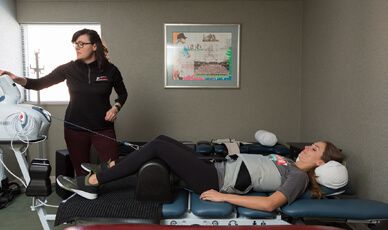 At Frame Chiropractic & Acupuncture , we provide the highest quality service to all our patients. Schedule your appointment today.

We've copied your review, after you click 'Publish' please paste your review by selecting 'ctrl' + 'v' into the review comments section.